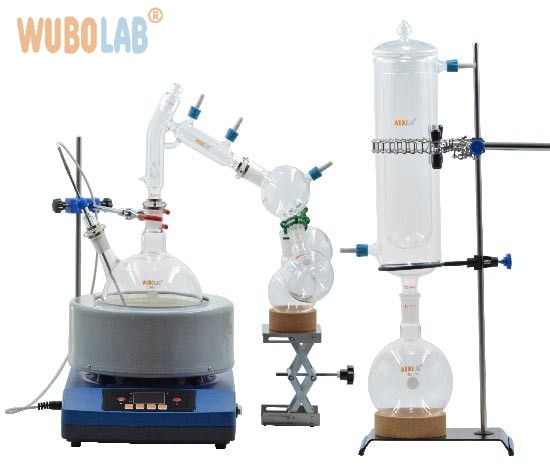 ♦Short Path Distillation Equipment is a distillation technique that involves the distillate traveling a short distance, often only a few centimeters, and is generally done at reduced pressure. A classic example would be a distillation involving the distillate traveling from one glass bulb to another, without the need for a condenser separating the two chambers. This technique is often used for compounds which are unstable at high temperatures or to purify small amounts of the compound. The advantage is that the heating temperature can be considerably lower (at reduced pressure) than the boiling point of the liquid at standard pressure, and the distillate only has to travel a short distance before condensing. A short path ensures that little compound is lost on the sides of the apparatus.