Types and uses of laboratory flasks

Laboratory Flasks are useful types of chemistry glassware for containing liquid and performing mixing, heating, cooling, precipitation, condensation, and other processes. These flasks –also known as a science flask, chemistry flask, or a laboratory flask (lab flask)– come in a range of sizes, materials, and uses.

Uses: It is suitable for the analysis of nitrogen in organic matter in agricultural science experiments and research institutes, such as digestion reaction and distillation of ammonia. Generally, more than six are needed at a time. 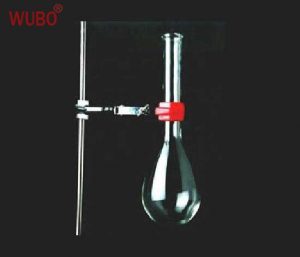 Uses: Suitable for the fractionation or separation of some organic compounds in the laboratory.

Uses: It is used for liquid distillation or fractionation, and it is often used together with condenser pipe, liquid pipe and liquid adapter. It is also possible to assemble a gas generator.

Features: Due to the need to fractionate the liquid, there is a thin glass tube protruding slightly downward at the neck of the bottle for drainage. When the distillation flask is heated to block the mouth of the bottle, another tube must be extended.

Uses: Used on rotary evaporators to increase liquid surface area and accelerate solvent evaporation. The resulting organic matter will flow to the bottom of the pear bottle to facilitate removal and reduce losses. 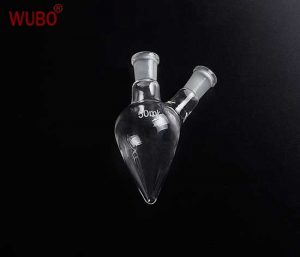 Uses: It is suitable for the test of thick substances or for accepting bottles. It can be scraped directly with a scraper with its shoulders as a sloped thick substance. 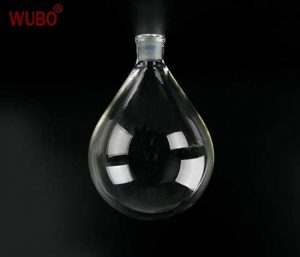